Getting your assignment: You can find template code for your submission here at this GitHub Classroom link. All of the code you write you should go in hw4.Rmd, and please knit the Markdown file in your completed submission.

In the last decade, we have seen an explosion of impressive results in Machine Learning, producing models that match and even sometimes outperform humans on challenging tasks. A non-trivial part of the challenge in developing these models is not in specifying how they should solve the problems they are developed solve, but in figuring out how to actually derive predictions from these models.

Earlier this semester, we read a paper from Charles Kemp, And Perfors, and Josh Tenebaum that shows how overhypotheses like the shape bias can be understood through the lens of rational analysis. Because the model does not have an analytic solution, A sizeable chunk of the article describes approximation methods that the authors use for for determining approximately what the model predicts.

In this assignment, you will implement the Metropolis Algorithm, an MCMC algorithm in the sequential sampling family. In this family of algorithms, samples are drawn from a simple Proposal distribution and then either Accepted (if they have high probability under the target distribution), or Rejected in favor of keep the current sample.

Metropolis is a simple sequential sampling scheme for drawing samples from a target distribution \(P\left(x\right)\) by using a density function \(f\left(x\right)\) that is proportional to \(P\)– i.e., that can give the relative probability of two different samples \(x\) and \(x'\).

For your simulation, you should use a simple Normal distribution centered at the previous sample \(g\left(x'|x\right) \sim \text{Normal}\left(x, \sigma\right)\).

You then run the algorithm for some number of iterations, e.g. 1000, at each iteration performing the following steps:

Sampling from an Exponential Distribution 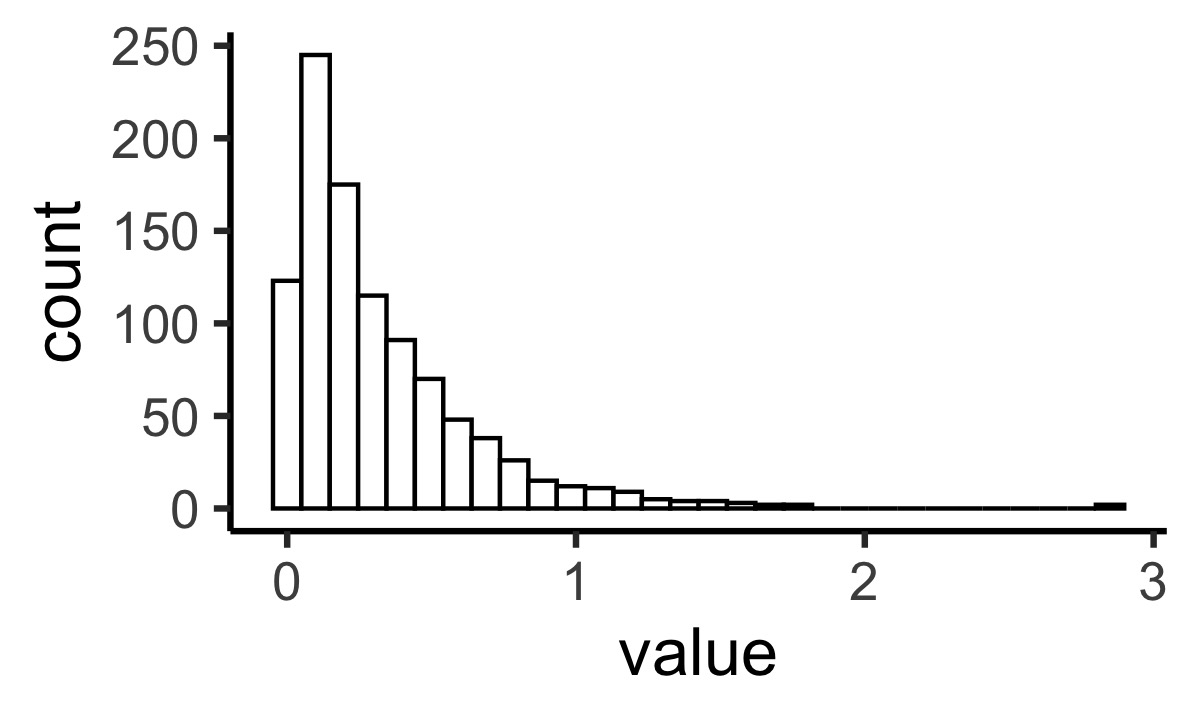 But let’s see how can draw samples from an exponential distribution using Metropolis-Hastings samples instead.

You will need to do 4 things:

Problem 2: Implement a Gaussian proposal function. This should take in a current value \(x\), a parameter sigma which defines how wide the proposal distribution is. It should return a new proposed sample \(x'\) (1 point).

One thing you might notice is that the Metropolis samples won’t look like Exponential samples right away. Here is a plot of \(f(x)\) for 1000 samples from Metropolis: 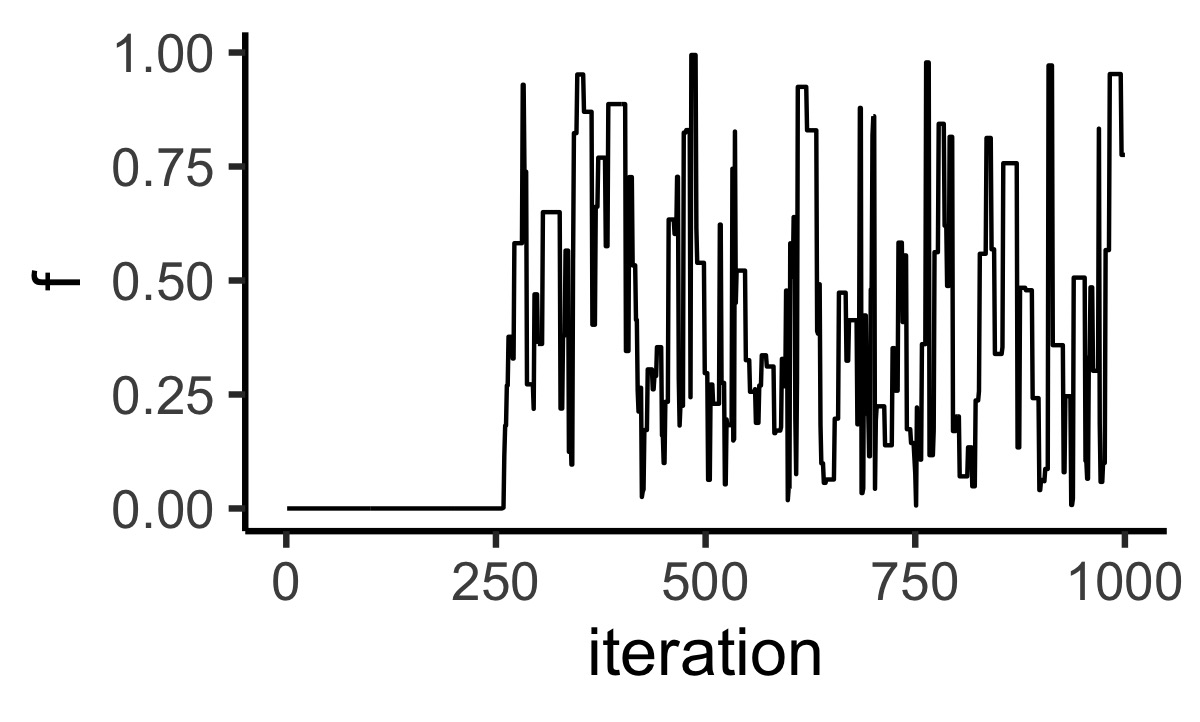 You can see that first several hundred samples, every sample has low probability under the target distribution. This happens when the starting point of the chain is far away from the area of high density in the target distribution. For this reason, it is common to discard some of the initial samples–a process called burn in. You may find this helpful in future simulations.

Sampling from a Dirichlet Distribution

The Dirichlet Distribution is a highly flexible distribution that is that can many different forms depending on its parameters. It often finds use in Cognitive models precisely when the goal is to learn about something than has unknown shape before learning starts (e.g. the probability of category membership given some set of features). It’s also not available in the R statistics library. You can sample from it using MCMC!

The Dirichlet distribution takes \(K \geq 2\) parameters (corresponding to separate dimensions) which are commonly represented as a vector \(\boldsymbol \alpha\). Each \(\alpha_{i} \geq 0\) is a concentration parameter which specifies how much of the probability mass of the function is concentrated on that dimension.

Where \(B\) is a normalizing constants: The \(Beta\) function

And \(\Gamma\) is the continuous generalization of the factorial (\(x!\)) function. You can call it in R with gamma(x)

Instead, you can use a proposal function where you generate values from a uniform distribution between a small negative and small positive fraction, and this fraction to one dimension while subtracting it from the other. This will keep your \(x\)s in the desired range.

Problem 4: Implement the Beta function, the Dirichlet distribution probability function, and the Delta proposal function. The equations will be different from the functions above, but the process should be very similar (2 points).

In addition to it’s utility in sampling from complex distributions, MCMC is a powerful tool for inference in these same distributions. If we have samples from a distribution with unknown parameters, we can use MCMC to infer the parameters that generated it (e.g. we can infer the category structure most likely to have produced the exemplars we observed).

In the final part of the assignment, you will use Metropolis to infer the unknown parameters of a Dirichlet distribution from a set of samples from it. To do this, we will leverage Bayes’ rule: \(P\left(H|D\right) \propto P\left(D|H\right)P(H)\). In the previous section, you used the likelihood function for a known Dirichlet distribution \(P(D|H)\) in order to draw samples from it. Now you will use that same likelihood function for inference. The intuition here is that the parameters that assign high probability to a given sample are more likely to have been the source of that sample.

Problem 6: Implement the compound Dirichlet probability function and an appropriate proposal function. This compound probability distribution should take in a list of samples and a set of parameters \(\alpha\), and return the probability of generating all of the samples from a Dirichlet distribution with the given parameters. (2 points).

Problem 7: Run your new MCMC sampler to determine the generating parameters. You may need to play around a bit with proposal distributions and number of samples/burn in (2 points).